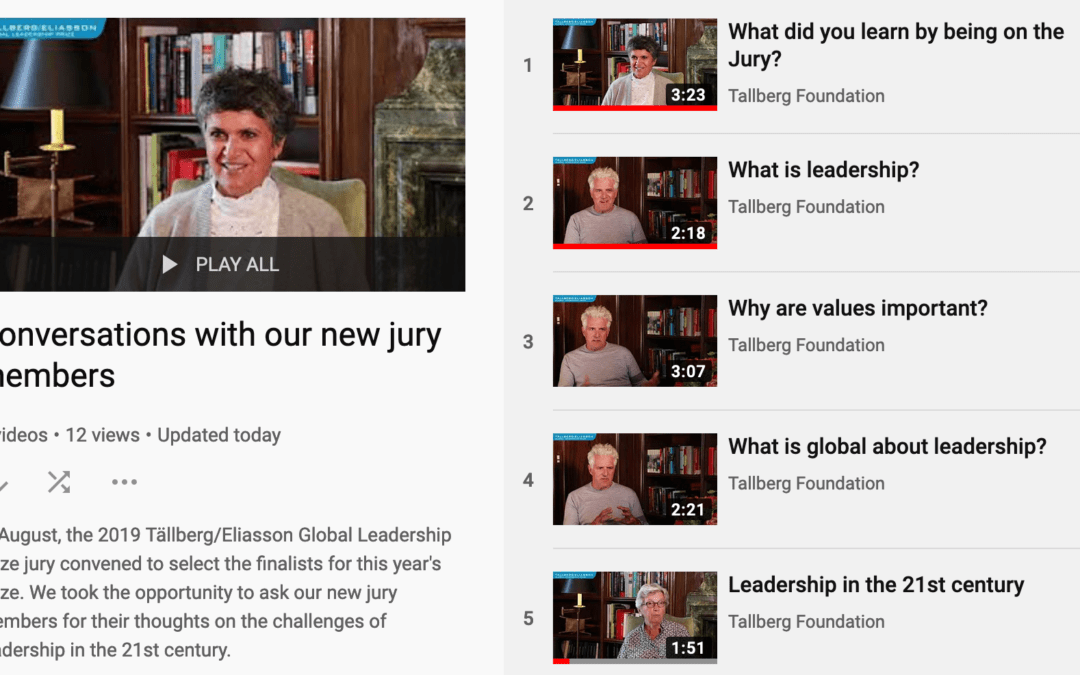 Describing her experience on the jury for this year’s Tällberg/Eliasson Global Leadership Prize, Safa Al-Hashem, Kuwait’s only female member of parliament, has the perfect word for the seven finalists: They are all, she says, “magnificent.” With the award celebration in Nairobi set for November 12, Al-Hashem and her fellow jurors deliberated for weeks to select the three winners—and found themselves learning from the job.

A panel of diverse backgrounds and experiences, “we came to this process having our own conceptions of leadership,” notes Ashok Mirpuri, a career diplomat currently serving as Singapore’s ambassador to the United States. The conversations challenged the jurors’ thinking, he reports: “You are reshaping your own ideas of what leadership is.”

For instance, Paula DiPerna, an expert in environmental finance issues who advises public and private organizations around the globe, realized that “I tended to have had a rather hierarchical view of leadership that’s not really true,” she says. “A leader is not necessarily first. A leader is the person who gives the best example.”

The jury asked themselves some fundamental questions, such as what does “global” mean in the context of leadership? “You are affected by things happening around the world, not only by your own community or your own constituency,” says Nabil Fahmy, former Egyptian foreign minister and founding dean of the School of Global Affairs and Public Policy at the American University in Cairo. “So you have to be global in your context.”

But that doesn’t necessarily mean a global footprint. “I think you need to lead in the community that you live in, that you work in,” argues photojournalist Gary Knight, co-founder and director of the VII Photo Agency and co-director of the VII Foundation, “and that may well inspire people around the world.” Mirpuri agrees: “You may be doing something in a local area, and leading a local area, but is that initiative something that someone else can take, replicate across and do in other countries?”

Exploring the qualities necessary for leadership, the jurors cited vision, courage, and values. “I think another key element is an integrated way of thinking across sectors, intersectoral, always questioning how things fit together, and what is the end game of any given innovation,” adds DiPerna. Listening is also a critical and underestimated part of leading, says Knight. “And then knowing when to stop listening, and when to make a decision, and to move forward with some clarity.”

The group had considerable leadership experience of its own to draw on: the other jurors were Mexican congresswoman Gabriela Cuevas Barron, president of the Inter-Parliamentary Union; Vishakha Desai, senior advisor for global affairs to the president of Columbia University and senior research scholar at its School of International and Public Affairs; Tällberg Foundation chairman Alan Stoga; Carole Wainaina, C.O.O. of Africa50, an investment platform for infrastructure development in Africa; and Tom Cummings, who has headed up the Tällberg Leader Program since 2006. Still, given the extraordinary accomplishments of this year’s field, they all knew that selecting the 2019 Tällberg/Eliasson Global Leadership Prize winners was going to be a very difficult decision to make. 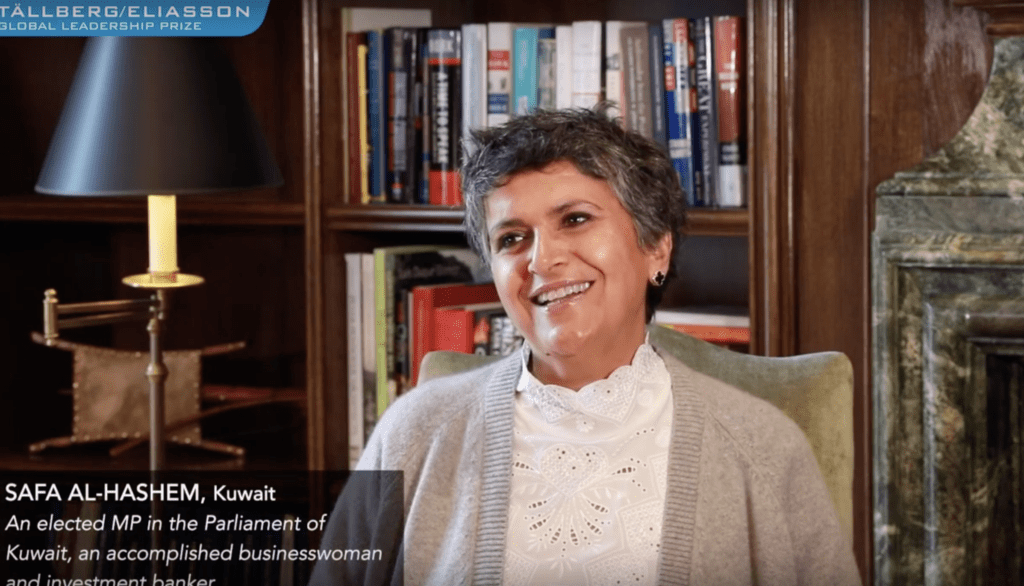