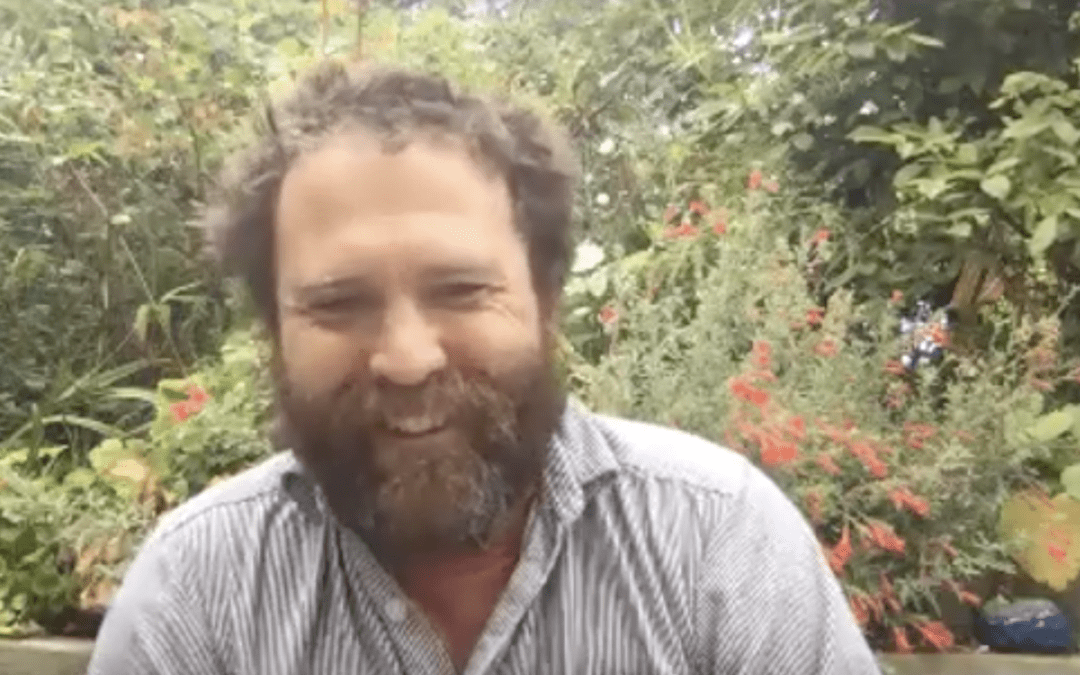 At first glance, Saul Griffith’s prodigious engineering achievements can appear somewhat scattershot. In addition to his San Francisco incubator/accelerator, Otherlab, which develops renewable energy and robotics solutions, Griffith has founded or co-founded a constellation of spin-off companies, based on innovations in wind and solar, air-conditioning, adaptive fibers and textiles, robotics, corrective eyeglasses, and more.

His greatest contribution, however—and the reason he’s among the finalists for this year’s Tallberg/Eliasson Global Leadership Prize—is the intense focus that underlies his every move. “Everything I have tried to work on is how do we fix the damaging industrial ways that we do things today,” Griffith says, aiming to target the primary causes of climate change.

And his most powerful weapon is data. “We have been on the forefront of collecting all of the world’s energy consumption and generation data for 20 years, and representing that in flow diagrams where you can not only see the quantities but you can see the interrelationships,” he says. So the work is “very, very tightly focused on the biggest impact on the fastest timeline, because science says there’s no time for tinkering left.”

Raised by an engineer and an artist, who took him to some of the world’s most beautiful places, in the Australian and Pacific wilderness, Griffith got both his father’s technological gifts and his mother’s deep aesthetic attachment to nature. At 45, he now has kids of his own, feeling the added urgency that responsibility for their future brings. A MacArthur Fellowship; honors from the World Economic Forum, Wired, and MIT (where he earned his PhD); and the string of research awards on his CV—from the Defense Department’s DARPA, ARPA-e, and SOCOM, NASA, etc.—testifies to the rare creativity and pragmatism of his career.

A longtime climate activist (he was arrested in a protest in 1994), he sees new momentum, though he worries about how the message is being delivered. The basic environmentalist narrative, he notes, is “If we try extraordinarily hard and you sacrifice an enormous amount, the future might suck a little less.”

Soberly aware that humans may have already passed the point of no return, he nonetheless says: “I think the historical moment is exactly now for those people who know what is possible to communicate most positively to the politicians and the children.” He and his colleagues have started trying to do just that.

Griffith likens the necessary effort involved to hit a reasonable climate target to a combined New Deal, World War II manufacturing buildup, space program, and Manhattan Project. “You need to turn all industry around in five years,” he says. He himself is going to give it 100 percent. “I think both my children know I’m fully in the game for them. My son and I are going to be striking at city hall on the first Friday of every month. Top of my mind at the moment is how we keep the children engaged in a positive way.”